Rural Menominee County resident Mark Hanna bagged one of the biggest black bears ever known to have been taken in the state on the evening of September 25 while hunting over bait. The enormous bruin had a dressed weight of 640 to 650 pounds and a live weight of around 730 pounds. 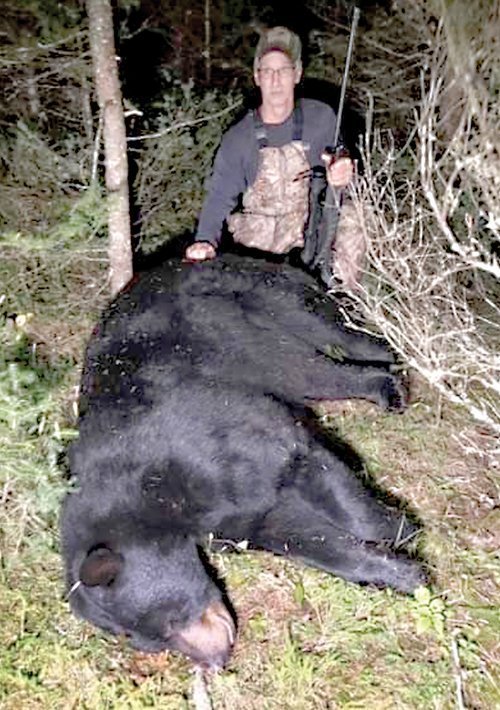