Adescription of the perfect waterfowling day would undoubtedly begin with wind. Wind makes waterfowl uneasy, fidgety. Rather than raft up in big flocks and loaf on open water, wind and the resulting waves forces ducks to seek shelter. Usually they move in small, restless flocks that respond readily to calling and decoy spreads. They are searching for company and calm waters. Waterfowl also use favorable tail winds to migrate. Recently arrived ducks are naïve, less wary, having not learned the boundaries of refuges, permanent blind locations and which fake ducks to avoid. 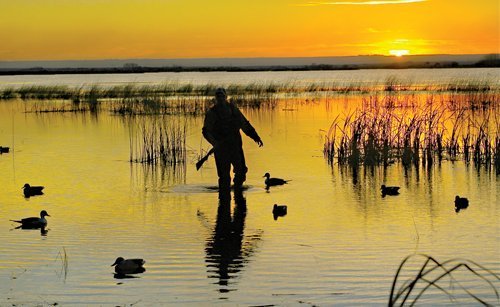 When setting decoys during fair-weather hunts, be sure to leave plenty of room between the decoys and allow plenty of landing space.