Last winter I couldn’t help but feel sorry for a lot of fishermen who were trudging out onto the frozen surface of Saginaw Bay. Not a few, but lots of anglers were walking out in hopes of finding the amazing walleye fishing that Saginaw Bay is fast becoming known for producing.
I’ll give these ice walkers an “A” for effort, but trudging to the best fishing on Saginaw Bay on foot is like hitchhiking from Michigan to California! In all due respect to those who are hoofing it, there is just too much space out there to make walking a suitable option.
Mobility on Ice 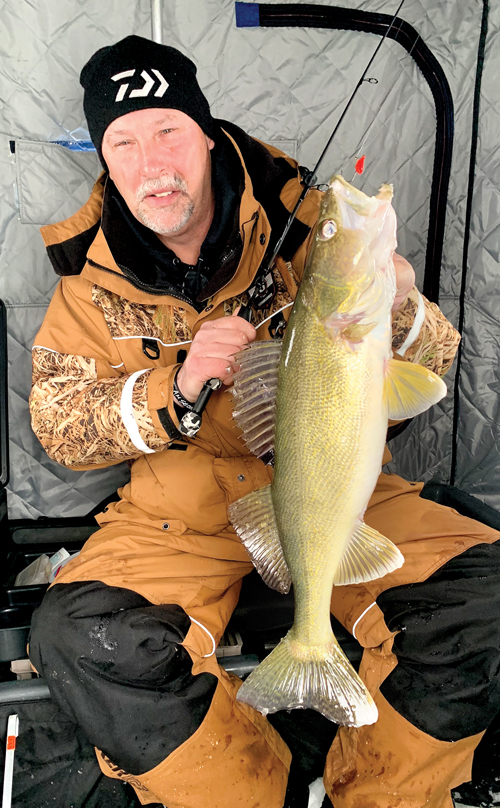 The author recommends using a two pronged approach when targeting walleye on Saginaw Bay including jigging with one rod, while fishing a dead stick with a second rod. This fish hit a dead stick baited with a small jig and minnow and suspended motionless about a foot off the bottom.