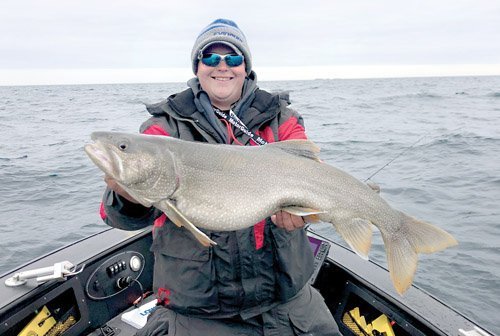 Monster lake trout like this one caught by Jake Romanack while filming an episode of Fishing 411 TV at Isle Royale National Park are abundant for anglers willing to cross Lake Superior in a small boat. Author photos