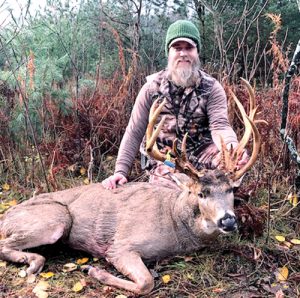 The author, Brian Martindale, with his 22-point unique buck he arrowed hunting Mecosta Co. on Nov. 1. A buck he targeted and planned for well before archery season opened.