During the summer of 2019, a good friend of mine informed me that there was a rumor of a nice buck running around near a spot where I could hunt. Between a busy work schedule and my wife and I building a new house, I hadn’t hunted this area much the last couple of years. However, after seeing a trail cam picture of this buck from another hunter, I quickly decided to start hunting this area more often. 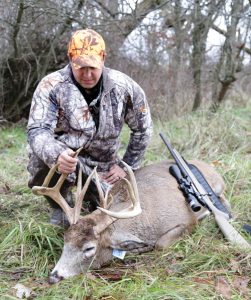 The author had to work for this buck and his 2019 deer season is a season he will never forget and will forever cherish. He was fortunate enough to harvest Spike, a 171-inch deer you dream about, and a 140-inch 10-pt. during archery season, also a deer of a lifetime.